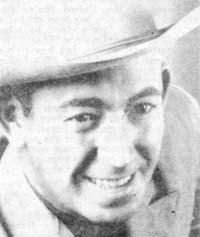 This week's show has been compiled by you, the listeners. All tracks have been emailed to The Rockabilly DJ by Thomas Merk, Bruce Lagerquist and others. Originally intended for use with the 'Cat Clothes' and 'Train Song' episodes, this fabulous music is getting some long-overdue airplay.